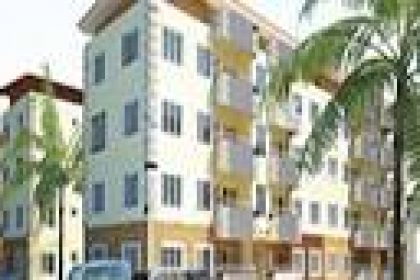 Unlike in electricity sufficient countries, business of power generation, transmission and distribution in Nigeria is enmeshed in politics. ADEOLA YUSUF reports

Minister of Power, Works and Housing, Mr. Babatunde Fashola, shocked many observers of events in Nigeria’s power sector last Monday, September 11, 2017. That day, he took to the podium of the 19th monthly meeting with operators in the electricity industry in Lagos to publicly ask the Nigeria Immigration Service to investigate the Managing Director of Egbin Power Plc, Mr. Dallas Peavey Jnr., an American, over his visa and work permit status in Nigeria.

Mr. Peavey had earlier told a delegation of American lawmakers that his company was constrained by a number challenges including stranded power due to weak grid, debts by government’s Ministries, Departments and Agencies (MDAs), among others. Accusing the American of working against Nigeria’s interest, Fashola alleged that Peavey had lied about the quantity of power being produced by the company, the capacity of the country’s transmission system and the amount of debt owed electricity companies by government’s MDAs.

Though nothing has been heard about the issue again, it was among other issues, seen as a reflection of the politics that has permeated the business of power in Nigeria.

Privatisation on the edge

About five years after the November 1, 2013 handover of assets belonging to Power Holding Company of Nigeria (PHCN) to private investors, Nigeria is still entangled in acute shortage of electricity for its teeming population.

The last time, Minister Fashola, reacted, for the umpteenth time, to growing concerns raised by Nigerians. He resorted to the blame game – the same line towed by all his predecessors. “Distribution of power but not power generation is the problem,” he was reported to have said at the last power stakeholders’ meeting in Abuja penultimate Monday.

Although the Association of Nigeria Electricity Distributors (ANED), an umbrella body for investors in distribution companies, has yet to react to Fashola’s claim as it usually does, investigations by New Telegraph showed that the sheer inability of government to ensure strict distinction between politics and the power business is coming out to be its greatest undoing in the sector.

Although Fashola has not hidden his disagreement for anyone describing the grid as the weakest link, the transmission has kept suffering collapses that has put the entire value chain chaos. Nigeria’s electricity transmission grid, as at mid 2017, suffered 39 cases of major partial collapse in the last 30 months. The incident, which climaxed with four partial collapses in the last eight weeks, is already fueling fear of imminent total system collapse.

Although the Federal Government has privatised the generation and distribution strata of electricity and handed their assets over to new owners, the grid is still under government’s control due to its ownership of the transmission system.

The Federal Government is still engaged mainly in maintenance of the national grid, which is due for overhaul. Nigeria’s power supply dropped last July, by 14 per cent as the nation’s national grid experienced its latest systems collapse.

Before this, another system collapse occurred on May 8, 2017, culminating into a significant drop in generation, transmission and distribution of electricity to many parts of the nation. The nation, investigations showed, also recorded two system collapse incidents last April, which also affected supply to consumers.

The grid, which was built with capacity to retain about 4,000 Mega Watt (MW), an engineer with the Transmission Company of Nigeria (TCN) told this newspaper, was “currently over-laboured” by the new peaks in power transmission. “One of the measures put in place to shift the doomsday for the national power grid is the advice given to power generation firms to reduce generation anytime they attain their peak production,” he said.

One of the parts of Nigeria’s power sector that had been grossly affected by politics is the fixing of tariff considered appropriate for the sector. Unless a miracle happens, there will not be announcement and implementation of latest reviewws Multi-Year Tariff Order (MYTO) otherwise referred to as ‘cost reflective tariff ’ by Discos until after the next general elections.

The Presidency, this newspaper gathered, is pitching the idea of slamming an embargo covertly on the implementation of the MYTO Review, which had just been concluded by Nigerian Electricity Regulatory Commission (NERC). Despite protest by many consumer groups led by the Manufacturers Association of Nigeria (MAN) and Network of Electricity Consumers Advocacy of Nigeria (NECAN), a source at the Presidency told this newspaper, NERC has completed the review, which it started last year.

“NERC has, through the minister of Power Works and Housing, Mr. Babatunde Fashola, briefed the President on the completion of the MYTO review. However, implementation of the order is not likely until after the general elections,” added the source.

“The Presidency considers this tariff issue to be one of the major elements that could shift peoples’ decisions before and during the polls, hence, the embargo of the implementation is on the card as we speak,” adding that this “will be done covertly.”

The MAN and NECAN had earlier spat fire as the Federal Government moved for major review of MYTO process. The Federal Government had, checks by this newspaper earlier showed, already yielded to pressure from power investors to begin a major tariff review, which reflects the “current economic realities.”

A correspondence exchanged between NERC and DISCOs, sighted by this newspaper, showed that the commission had dumped the biannual template used in tariff review for a monthly review as earlier demanded by those who, through $2.525 billion investments, bought over the defunct PHCN on November 1, 2013.

The government had, through its agency, the Nigerian Electricity Regulatory Commission (NERC), on June 7, given a one-month notice for major stakeholders to feed it with their positions on the plan to change the period of tariff review from every five years to monthly or quarterly “in order to reflect current economic realities.”

President of MAN, Dr. Frank Jacobs, said on the sidelines of a stakeholders’ meeting in Lagos, that any move to review the tariff would worsen the woes of Nigeria’s economy, which is already suf-fering from 95 per cent tariff increase in 13 months.

Speaking through Chairman, Economic policy of MAN, Engr. Reginald Odiah, Jacobs told this new that his group, which forms the larger chunk of the Maximum Demand Customers, was contacted by NERC and they completely objected to any review of MYTO.

He said: “What we know, which we want them to know is that our budget is done yearly and any attempt to change the tariff of electricity to monthly or quarterly period, will affect our budget and worsen the harsh economic situation being faced by our members and the generality of Nigerians.”

MAN, which has membership strength of 3,500, he explained, is yet to recover from the last tariff hike and the planned review would chase out more manufacturers and drastically reduce their number in the country. Stating that cost of power for manufacturing is exorbitant in Nigeria, the MAN boss said that China spends less than 10 per cent of its production cost on electricity, while its members spend 40 per cent of their production on electricity.

He said: “Utilities supply is very weak, there is unstable power. Most factories and in fact, all factories in Nigeria use alternative source as the main source of power supply, but use the grid power as backup.

“We as consumers have lost total confidence in NERC. What we pay as electricity bills is outrageous, it doesn’t make any sense! The electricity reforms that we clamour for has failed. We think that the government is not doing enough.

There is a need for NERC to get all stakeholders in the electricity value chain. “We will jump at any efforts to improve electricity in Nigeria. This present state of supply is killing our businesses.

” Chairman, NECAN, Chief Tomi Akogun, corroborated MAN’s view. Akogun, who alleged foul play in the perceived foot-dragging by Distribution Companies (DISCOs) to meter all their customers, maintained that the hike in tariff, if allowed to sail through, would worsen the hash economic situation facing Nigerians.

He said: “Now NERC is planning MYTO 2017 to introduce monthly review. This will have negative impact on our economy. This means the producers cannot even know their cost. It will further worsen Nigeria’s status as a terrible country for investments. “We have about 40 per cent consumers metered. Over 60 per cent consumers, who are not metered based on faults that are not from them, will suffer this great injustice.”

The DISCOs, however, disagreed with MAN and NECAN, insisting that the country deserves “cost reflective tariff,” which is not yet in place, to get the power sector working. Chief Executive Officer, ANED, an umbrella body for DISCOs, Mr. Azu Obiaya, said: “Unlike the MAN and NECAN, ours is not the bashing of NERC.” He said regulation in a private sector-driven industry is different from public-sector driven industry.

The ANED boss said: “Our sector has been moribund for close to 60 years and now, we have the duty to turn this around in very few years. It will require huge investments and you cannot get this huge investment if the tariff is not cost-reflective.”

The power sector’s investment, he explained, is two times bigger than what is needed for road and transport infrastructure. Faulting what transpired during the last review of tariff, the ANED boss said: “In the cost reflective tariff rolled out in January of 2016, DISCOs were expected to have recovered money in six months.

The government later came out to say we do not recognise part of the agreement and this led DISCOs to declare force majeure. This issue lingered till February 2016 when the fixed charges were removed.” NERC, however, said that it would begin the assessment of views expressed by the stakeholders on the planned review immediately today as the one-month time frame given to shareholders lapses.

The government has no business in business and until it focuses on strong regulation, monitoring and execution of policies, it cannot separate politics from its activities.

Its active participation in power sector will keep wearing toga of politics or its semblance. Therefore, the government should get rid of politics in the business of all-important power sector for the citizens, whose lives and business are in perpetual suffering from gross insufficiency of power, to enjoy adequate power supply as a dividend of democracy.