As the year preceding the 2019 general elections, real estate professionals are optimistic that 2018 will be a better year for the industry, MAUREEN IHUA-MADUENYI writes

For real estate investors, 2017 was a gloomy year as many projects were stalled, transactions almost non-existent and many construction workers lost their jobs.

They have, however, expressed optimism that in 2018, the industry will be revived with more liquidity to close deals, as a prelude to the 2019 general elections.

“Generally, there will be a lot of liquidity in the system and that can only be a good thing for us in the real estate market. When there is liquidity, it means that people are able to think of not just buying basic things, but also putting money in investments, which trickle down into real estate one way or the other,” the Chairman, Nigerian Institution of Estate Surveyors and Valuers, Lagos State Branch, Rogba Orimalade, stated.

According to him, this will be mainly because the country is entering a year that will precede the general elections and a lot of money will be spent, adding that “there will be a lot of liquidity, which will have multiplier effects on the system.”

Following a tough 2016 characterised by rising inflation, declining Gross Domestic Product growth, a weakening currency, reduced public revenue and the country officially entered into recession, stakeholders said it was one of the worst so far in the history of real estate in the country, and predicted that 2017 might likely not be good as practical signs of progress had been few and far between.

In confirmation of the predictions, many projects in both the residential and commercial sub-sectors of the industry were stalled in the year just gone by due to lack of funds from both developers and investors, resulting in a lull in the property market.

The year also witnessed the sacking of thousands of construction workers in addition to the 65,000 alleged by the Federation of Construction Industries to have lost their jobs between 2015 and 2016.

Many artisans also took to other vocations due to dearth of projects to engage them.

Analysts, however,predict that there will be significant improvement in the various sub-sectors in the real estate industry in this New Year.

Stakeholders are optimistic that the lull experienced in sales and lease of residential houses as well as default on rent obligations that were the norm between 2016 and 2017 will end this year.

“Firstly, affordability will become a bigger issue in the residential market. Buyers will insist on more for less, and developers will have to think more deeply to bend,” the Chief Executive Officer of Northcourt Real Estate, Tayo Odunsi, said.

He noted that unlike 2017, the New Year had more certainty, hope and activity and a lot of projects across the various real estate sub-sectors, which got stalled in the worst Nigerian economic year in recent times, 2016, had been restarted and a good number were expected to be delivered in 2018.

“So while the highlight of 2017 was that Nigeria came out of recession, 2018 is poised to be marked by recovery. Prices will not rise to the 2014 highs in real terms, but the revival will be clear and evident,” Odunsi stated.

Developers also believe that default on residential rent payment will be greatly reduced as people will be able to spend more.

The Chief Executive Officer, Mixta Nigeria, Mr. Kola Ashiru-Balogun, stated that the signs of a good year for the real estate industry were already there as people had become more confident in the economy and were prepared to spend on things other than their basic needs.

“It is going to be a good year, we can already see it. People are having more confidence and are able to spend more; businesses are also able to borrow more at a better rate and can spend more, this will definitely trickle down,” he said.

The Chief Executive Officer, Construction Kaiser, Igbuan Okaisabor, said there would be a strong demand for commercial real estate and this would prompt investors to take the plunge.

He stated that small and medium-scale indigenous construction firms would get more contracts as major foreign companies in the sector were still struggling.

“The foreign companies will still do the mega projects but top tier indigenous firms will begin to get more contracts as the government begins to spend more in preparation for the coming elections,” he said.

Okaisabor,  however, noted that most of the construction activities, about 60 per cent, would be done in Lagos.

According to him, there may not be many activities in the residential market because the demand for luxury houses has dropped.

The 1st Vice President, Nigerian Institute of Building, Mr. Kunle Awobodu, stated that due to the current stability in the economy, foreign investors would begin to invest in the country again.

He said, “The uncertainty in the economy and foreign exchange has been doused. We expect a lot of investments this year and beyond, because the polity has also stabilised.

“The year 2017 was hellish; workers were retrenched and many construction companies relocated their offices to their homes because they could not pay the rents. But all that will change because there will be more liquidity in the system this year.”

Orimalade noted that in terms of sectors, the year would be positive for the commercial, office and retail, adding that this would be based on the stability in the foreign exchange market as well as some stability in terms of decision-making on the retail and office sub-sectors.

Odunsi also stated that the office market would see the biggest change as co-working spaces would proliferate the cities and even begin to move into A-grade buildings to house the small but growing enterprises that could afford it.

“This will give Nigeria’s shiniest buildings the much-needed uptake they anxiously require. The commercial space will not be the same. Retail malls are getting smaller and will continue to do so. Rents and service charges will also normalise to enjoy the recovery experienced in other areas of the economy,” he added.

Orimalade said from the government’s side, there would be big spending on projects as they try to make sure the promises that they made to the citizens come into fruition ahead of the general elections.

“The money they have been saving, they don’t have a choice but to spend it and this will create a more fluid system, which will be better than the last two years when everything was restricted and tight,” he stated.

He noted that the government had been very prudent and shy of spending but that from this year, it would be forced  to fulfil campaign promises in order to get votes from the electorates again.

“There is a positive feeling because the government has to spend and liquidity in the system will be good for the industry and people will be a bit more adventurous now,” he added.

Awobodu also stated that the government would execute projects that had been stalled and probably start new ones to impress the electorates, adding that this would eject more funds into the economy as many people would be engaged.

Despite the optimism, however, some stakeholders feel that there may not be much significant improvement.

Ashiru-Balogun stated that commercial real estate might take a longer time than anticipated to pick up.

“Unlike residential, commercial real estate takes a lot of planning and execution, and with the state it is in now, it may take a longer time to pick up. Probably after the general elections in 2019,” he added.

According to Awobodu, Nigeria’s reliance on crude oil means that any change in price may affect whatever optimism that is presently in the air.

He said the coming general elections might also not be the big blessing people hope it would be.

He explained, “Real estate has been dull for the past two years, there are a lot of empty properties. So, this year, because of the preparations for elections, many politicians will try to raise funds and one way they are going to do that is to put up some of their properties for sale.

“The market is already saturated; there is a property glut. So, injecting more properties into the market may neutralise the effect of the expected funds that will be in circulation.”

He noted that as much as stakeholders would like to be very positive about the year, they should also be cautious not to nurse “a hopeless hope.”

Copyright PUNCH.
All rights reserved. This material, and other digital content on this website, may not be reproduced, published, broadcast, rewritten or redistributed in whole or in part without prior express written permission from PUNCH. 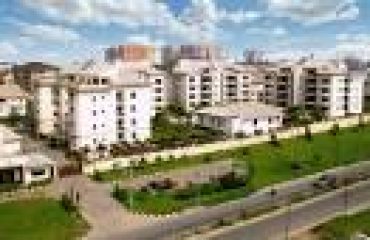 Why Ikoyi apartments are empty – Developer