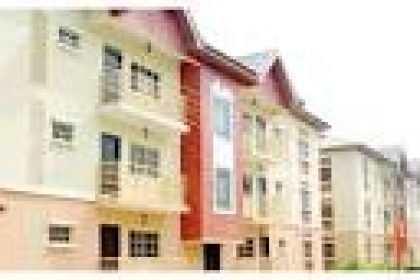 Dr. Maikanti Kachalla Baru, Group Managing Director of NNPC, had anticipated and promised last month that the lingering fuel scarcity, which is a global embarrassment to Africa’s biggest crude exporter, would end this month (January).

But last week, the NNPC’s helmsman made a u-turn, declaring that there was no guarantee for effective fuel distribution. His reason? Efforts made and pains he had gone through, which included abrupt return from London where he had gone as an awardee in the Forbes Man of The Year, did not yield desired result “under porous border.” Last Wednesday’s sitting of Joint National Assembly Committee on Petroleum Downstream afforded Baru the privilege to spill the bean.

He raised the alarm over the alleged sustained nefarious activities of some cross-border fuel smuggling syndicates and hoarders, which regrettably had so far impeded efforts by the Corporation to sanitize the fuel supply and distribution matrix across the country. In all these, hapless Nigerians have continued to suffer in the midst of plenty.

Referring to Nigeria’s border as porous in a statement that indicted the Nigerian Customs Services (NCS) – agency in charge of the borders, Baru told the Joint National Assembly Committee on Petroleum Downstream that if the activities of the fuel truck diverters and smugglers were left unchecked, it would be absolutely difficult to guarantee roundthe- clock availability of petrol throughout the country due to the massive leakages wrought on the fuel supply and distribution network by the smugglers.

“In a detailed presentation to the Joint Committee, the NNPC GMD informed that the sudden and unnatural shock in fuel consumption to record levels has over-stretched the Direct-Sale- Direct-Supply (DSDP) crude for product supply arrangement, which was originally based on 35 million per day petrol consumption pattern,” the statement issued by Group General Manager, Group Public Affairs Division, Ndu Ughamadu, said.

The NNPC boss lamented that with the current unprecedented average daily fuel evacuation of 55 million litres since 1st December 2017 to date, it was imperative for the security agencies to close-in on the smuggling syndicates who were cashing in on the obvious petrol price differentials between Nigeria and neighboring countries to make illicit profit.

Baru explained that apart from straining the ability of NNPC to sustain the prevailing 100 per cent PMS importation in the face of increasing cost, the current situation was impacting negatively on NNPC’s resources for servicing Joint Venture Cash-Call and other obligations.

He said to sustain adequate supply of petroleum products and national energy security, there was the need for the Federal Government to provide flush volumes in January and March, 2018, as well as create enabling environment for other oil marketing companies to participate in the importation of petroleum products. He also noted the need to double supply in order to raise the fuel sufficiency template back to the 30 days threshold from the current 15 days by bringing in at least two vessels per day for 20 days.

The NNPC GMD, however, explained that the Corporation would require additional funding outside the DSDP regime to achieve this. He listed the measures put in place to tackle the prevailing challenges to include: Engagement of the Nigerian Navy, Federal Road Safety Corps and Civil Defence to improve truck movement; engagement of the Nigerian Army Engineers to remove failed trucks on the Jebbba/Mokwa Road, which had hitherto slowed down truck movement to the northern part of the country; repairs of about 10km stretch of bad roads and sustained assistance to tankers among others. He said in addition to the regular DSDP monthly programmed deliveries, the Corporation had imported 12 cargoes (nine in December, 2017, and three in January, 2018).

The Nigerian Senate last Thursday gave a seven-day ultimatum to the Baru to clear the lingering queues at the filling stations by ensuring enough supply of petrol nationwide. Chairman of the Joint Senate and House of Representatives Committee on Petroleum (Downstream), Kabiru Marafa (APC, Zamfara Central) also said that security agencies had been directed to adequately police Nigerian borders to stop the smuggling of petroleum products.

Mr. Marafa said the committee met with officials of the NNPC last Wednesday and queried them on why the fuel queues have refused to disappear. “On the reasons the queues are back, they told us that it was a combined issues of the supply gap, coupled with massive smuggling across our borders, which is quite alarming. Even two days ago, I saw on national television where customs officials intercepted more than 3,000 jerry cans of fuel in addition to the quantities being smuggled across the borders,” he said. “On their challenges, they still talked about this problem of smuggling, failure by marketers to sell at the approved pump price (N145).

They told us that every litre of fuel in the country today is brought in (imported) by NNPC and that the corporation still sells at the controlled price till today. “Therefore, anybody selling above the pump price is doing so at his own risk.

They also told us that cooperation was required from the security agencies.” While presenting the resolutions, Mr. Marafa added that a directive be given to the Department of Petroleum Resources (DPR) to double their efforts in enforcing price control and monitoring.

He said: “NNPC has been directed to ensure adequate supply of petrol and disappearance of queues nationwide within seven days. “Direct all security agencies to ensure effective border control measures to avoid smuggling of petroleum products.

“Direct DPR to double its efforts in enforcing price control and monitoring.” The Senate President, Bukola Saraki, therefore directed the committee to report back to plenary this week to confirm that NNPC has complied with the Senate’s directives.

The Nigeria Customs Service (NCS) said smuggling of petrol in jerry cans has been a recurring act. The Seme Border Command of NCS, which said this, announced that it intercepted 2,200 jerry cans of smuggled petrol with a Duty Paid Value (DPV) worth over N10 million between December 1, 2017, to date. The area controller, Comptroller Mohammed Aliyu, disclosed this, through the command’s chief public relations officer (PRO), Taupyen Selchang. The controller in a statement by the PRO, said that most of the seizures were made at Pashi- Yekeme Community in Owode and the creeks.

The total volume of PMS intercepted, according to reports, was 55,000 litres (2,200 x 25 litres). Aliyu said that the command was determined to combat the smuggling of petroleum products usually done by the smugglers using jerry cans and passing through the creeks and illegal routes.

He said that they were not banning the use of trucks to transport the products to the communities along the border where they were legitimately meant to serve as was being wrongly and widely speculated by some people. The controller explained that smuggling of petrol in jerry cans had been a recurring decimal, which operatives of the NCS had always tried to suppress.

“This has been our modest contribution toward ameliorating the sufferings of Nigerians caused by the current shortage of the product,’’ he said. He said that the Owode-Apa Outstation was synonymous to every approved border post manned by all relevant government security agencies (NCS, Police, Immigration, Air Force, Navy, DSS, SON, NAFDAC, Quarantine, Civil Defence, among others).

“This is because all loaded trucks with petroleum products meant for Seme axis are strictly monitored and documents provided are carefully scrutinised in order to avoid diversion,” controller said. “It is also to equally ensure that the products meant for the axis are actually discharged strictly at the approved filling stations along Seme main border or Owode-Apa border communities.”

The controller said that the present leadership of the NCS led by Retired Col. Hameed Ali “is ready to bring all erring officers who circumvent government’s efforts, to face the consequences of their actions’’. Aliyu warned all smugglers and perpetrators of the illicit act to desist from it. He said that they would be made to face the full wrath of the law if they were caught, saying others caught were being prosecuted.

Motorists in the Nigerian capital, Abuja, last Thursday complained about the unending scarcity of petrol. A civil servant, Michael Ogoh, said that the scarcity was frustrating commuters and affecting socio-economic activities in Abuja. “Nigerians are just suffering unnecessary; how can we continue to experience fuel scarcity on a regular basis and the government appears helpless?

This situation has already resulted to a sharp increase in price of transportation and civil servants find it difficult to cope,’’ he said. Corroborating Ogor’s view, Andrew Omoh, a lawyer, also expressed disappointment at the fuel situation. He wondered why an oil producing country like Nigeria could not find a lasting solution to perennial scarcity of petroleum products. “It is a major embarrassment that an oil producing country like Nigeria cannot find solution to this recurrent fuel situation,’’ he said.

He advised the government to fix existing refineries and also build new ones as a permanent solution to the recurrence of fuel scarcity. Meanwhile, black market operators are exploiting the situation by dispensing fuel to motorists in major streets in the territory at N200 per litre.

One of the black marketers, Adamu Yahaya, said that he came to take advantage of the situation in Abuja and make quick money. The petrol scarcity in Abuja started about two weeks ago and has remained unresolved. The situation has caused long queues of vehicles at various filling stations in the territory.

Refineries out of talks

The duo of The Senate and the NNPC were silent on the need to boost local refining of crude as a better alternative to the daily importation of the commodity. Even before the Senate Joint Committee sitting, the last NNPC said about the refineries in the country was that it was inching closer to arriving at the choice of financiers for the three refineries for, which 445,000 barrels per day crude is allocated daily.

The Nigerian Customs Services and the NNPC should collaborate to end smuggling of fuel. Nigerians cannot accept statement from NNPC, an agency of government, that it can not guarantee supply of fuel “under porous border” when it could easily collaborate with the NCS – another government paramilitary agency, which is in charge of border protection. Inability to do this means more suffering for the people and failure for the government.