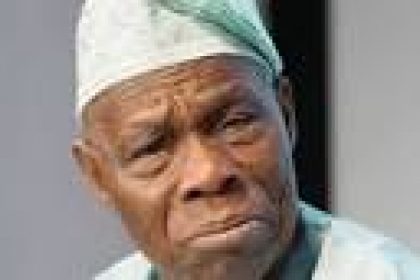 Nigeria has entered full-swing political mood. The scheming, schism and scouting for stakes and suffrage advantage ahead of 2019 is all too evident that even the blind can see and the deaf can hear it. Since the release of the schedule of elections by the Independent National Electoral Commission (INEC), public discourse has been anything else but politics. The ‘special press statement’ released last week by former President Olusegun Obasanjo drastically revved the temple and in fact, successfully seized the narrative on political succession. Obasanjo’s intervention was in summary, an unequivocal verdict of failure on the incumbent Muhammadu Buhari administration and a clarion call for its replacement with a stridently canvassed ‘third force.’ My position on both the message and the messenger of that famous or infamous (depending on where you stand) missive was expressed on this column last week. But while opinions have continued to be divided on the fitness or otherwise of the former president to pen such highly provocative treatise, little attention has been paid to the very high probability that the controversial Ebora Ewu may have played the voice of Jacob whilst the hand of Esau stealthily pulls the puppet. So while the dance is to the drumbeat of a new coalition that will supposedly take Nigeria to political and economic Eldorado, the drummers are deviously negotiating a self-preservation plot post-2019. To much of his credit however, Obasanjo is in this scenario, both the drummer boy and one of the beat producers stringing the sounds together.

He belongs to the privileged class of power mongers, brokers and rulers who, in and out of office, hold on firmly to the levers of the country’s political architecture. These are the real owners of the estate christened Nigeria by Flora Shaw in that fleeting tinge of filial interference in colonial statecraft. It is clear that since the Brits exited the expansive estate in 1960, the succeeding power elite has continually replicated itself like the amoeba which morphs in forms dictated by instincts of self-preservation. The call and mobilization for a supposed new order that would come and wave the magic wand like the disastrous incumbent All Progressive Congress (APC) administration did promise during the campaigns should be seen what it is – another dubious scheme by the real estate owners to perpetuate themselves in power at the expense of the general public. These feudal oligarchs are not unknown. They have run the show directly in the past and are still running the show indirectly till tomorrow, except of course, some deliberate disruption occurs. Whether in khaki or agbada, this cluster of puppet-stringers sit over coffee or a game of draughts to draw the lines of our collective existence in dexterous agility and a mastery of military precision. When it became antiquated to directly take the reins as rulers in uniform, these men changed clothes to conform to the norms of modern civility. And they have in so doing, maintained their hold on power. They have also mastered the craft of manipulation with which the masses are held perennially under bond. Thus, they can install and uninstall presidents, governors and council chairmen; they can make or mar governments behind the scenes; and like the extant scenario seems to be playing out, they can enable the crowning of hitherto despised members of their class while also retaining the clout to demand a “dismount from the horse.” Will they succeed with President Muhammadu Buhari? Since the extant Fourth Republic in 1999, they have applied a somewhat similar strategy with differing approaches. The plan is simple: jump on the populist train, seize the narrative and direct the drive to pre-determined destinations where choice allocations have already been made and the lucrative blocks dripping with fatness shared out to selves and willing collaborators in the elite class. When it was clear that the military had overstayed its welcome and would no longer be tolerated on the political scene, they rallied among themselves and presented a common front in the person of Gen. Obasanjo on the platform of the Peoples Democratic Party (PDP). It was not the most preferred option for many Nigerians but it somewhat synced with the popular mood to kick the military out from government before anything else. The power cabal broke ranks with Obasanjo during his ill-fated third term agenda which was met with a resounding opposition from the masses and a broad section of the political elite. The Ota farmer had no choice but to watch his infamous plot crumble before his very eyes. The story of how the late Musa Yar’Adua and Goodluck Jonathan became presidents consecutively is already well-known. The latter fell out of favour with the cabal and was shown the way out. Now Buhari who the same vicious gang picked up from the dungeon of disfavor, packaged and promoted as the best thing that could ever happen to Nigeria, has derailed from the line and is being asked to exit. Unlike the case with Jonathan when public sentiment against him was largely procured and contrived in a grand study of collective conspiracy against an incumbent, the mood about Buhari is truly and deeply fouled so much so that his undeclared second term ambition is already considered an affront to the sensibilities of millions of Nigerians suffering untold hardship under his government.

It has thus become very convenient for Obasanjo and his co-puppeteers to point the way forward without as much as taking responsibility and apologizing to Nigerians for afflicting the country with an unprepared and incompetent administration. The ‘Coalition for Nigeria’ which he vigorously prescribes as antidote to the Buhari fiasco may be interpreted as an unspoken recompense for leading the country to the current bind. But let us even give him the benefit of the doubt and say that is the case; a couple of questions would arise. What is the coalition about? Who are the persons in it and how are they different from the lot that has held the country hostage all these years? Why shouldn’t we be looking at strengthening existing political parties – 68 of them at the last count – instead of further littering the space with platforms for seeking offices? How is this so-called third force different from what the APC promised when it stormed the polity in 2014 and tore the already shrunk umbrella of the PDP into shreds? In any case, why can we not push to have independent candidates who would stand on the honour of their names and proven integrity instead of lumping together with strange bird fellows? Already, there is so much noise about the ‘third force’ such that it is sounding more cacophonous and confusing unlike the clarity and freshness that should be expected from a supposedly new breed political movement. This demands an appropriate call to action, which would be for a thorough interrogation of the individual faces and names being clustered together in this ‘third force’ contraption.

We must avert a situation whereby at the end of the day, Nigerians would have been put through a blind dance orchestra with little or nothing to show for the excitement and energies generated and dissipated. Like we have seen with the current dramatis personae, the new kids on the block (as they then were) initially spoke the right language and struck the right chords to endow a sense of gratification in the masses which were romanticized in orgasmic campaigns of disguised lies and false promises. As weeks turned to months and the years rolled by, the lies have been exposed and gaping inadequacies unveiled; promises which have been not only out rightly cancelled, but have been moderated mid-way in rather unscrupulous fashion.  The brutal conclusion is that citizens have once again been taken for a ride, mesmerized and dumped in the lurch by a cold-conscience political class united in their self-aggrandizing mission. They have come again seeking to ingratiate themselves to the masses and masquerade about as the messiah that would clean the Aegean’s stable and make the land green again. Nigerians are tired of repeating the same circle of deceit, frustration and ingratiation that has left the country eons behind among its peers in the international community. The third force thing is a nebulous subterfuge being promoted by the real estate owners of Nigeria.