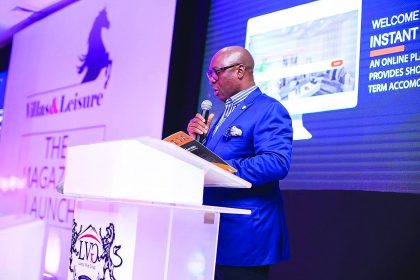 In any economy, when cerebral, successful minds come together to discuss their industry’s future growth, the expected outcome is usually something grand. This was the result Mr. Tommy Odama sought to achieve for Nigeria’s real estate industry by gathering fellow industry professionals for a historic event.
Odama is CEO of Luxury Villas Group (LVG), organisers of the ‘Fusion of Real Estate, Interior Design and Art’, FREIA, which held on December 8, at the Civic Centre, Lagos.

FREIA is a maiden real estate event aimed at changing the sector’s landscape by raising the bar for real estate events in Nigeria.
After years of achievements and winning numerous international awards and recognition from reputable brands like the International Property Awards (IPAX), Le Fonti, Business Year and several others, the future for LVG was a better collaborative industry, and for Odama, the answer was FREIA.
Following the IPAX award, in describing the FREIA idea, Odama told Thisday that, “Going forward, we have resolved to make more of an impact in the real estate space by way of new and exciting projects such as the FREIA event which will go a long way in transforming the real estate narrative in Africa.”
The first of its kind, FREIA seeks to “explore the dynamic relationship between real estate, interior design and art and the opportunities that come alive when industry stakeholders collaborate,” according to Odama. This collaborative effort informed the choice of the theme, ‘Next Frontiers: Building Tomorrow’sMasterpieces’, and the array of industry professionals and stakeholders who spoke and attended the maiden edition of FREIA.

The day began with a carefully curated art exhibition by Oliver Enwonwu; Director of Omenka Gallery. The exhibition was officially declared open by Gbenga Oyebode SAN, MFR. Oliver Enwonwu took attendees on a tour of all the artworks and explained the narrative behind each of them and how they were all connected.
The class of top-notch architects, interior designers and developers at the event was proof of an already existing collaboration between these professionals; a fact acknowledged by Odama in his conveners’ speech: “I am constantly intrigued by the extraordinary people in our network and the giant strides we are able to make as individuals, as an industry and as a nation.”

Mr. Andrea Geday, co-founder and MD of EL-ALAN Construction Company told those at the event that his company’s understanding of synergy informed their decision to always take along an architect for a client briefing.
The reality is that property developers, architects and interior designers in Nigeria work together. What remains under construction is to get the government on board, to fashion out innovative policies to aid the sector’s development.
With a work history in both the private and public sectors, and one which spans two continents, if there was any stakeholder at the event who understands the important role the government and financial institutions must play, it was Mustafa Chike Obi, a former CEO/MD of the Asset Management Company of Nigeria, now currently the CEO of Alpha Africa Advisors.
Obi told the audience that “The government must play a huge role in the real estate sector. No one says the government should bring the money; all we’re saying is for government to guarantee certain mortgages.”
In his keynote address, he commended industry players for working under the “most strenuous circumstances”, but condemned the lack of “real mortgage financing in Nigeria,” as an issue that must be addressed. His solution was simple; to “collectively teach the institutions how to do mortgage financing”, and have government “guarantee the mortgage.” He suggested that a pressure group be formed as a way to engage the government.
In an earlier interview with Thisday, Odama had talked of the real estate industry professionals’ first putting its “house in order” to make collaborating with the government much easier. According to him, “Before we can begin to ask for government collaboration, we must have a feasible plan that will drive the involvement of all parties involved and encourage investment.”
As canvassed by Obi, one which Odama sees as the organized way out, the need for a pressure group – to not only ensure government plays its statutory role as the policy maker but to guarantee quality control among sector professionals – was buttressed by all speakers during the plenary session.
For instance, Mrs. Agatha Eric-Udorie of the famous Agatha’s Interior Design Limited described her disappointment as an interior designer whenever she goes to a new property and discovers the shoddiness with which some developers construct properties, making use of cheap materials and fittings.
Agatha told the audience of a situation where a property owner spends so much in constructing a property but when it comes to fittings such as the windows, and furnishing of the property they start pricing cheap, preferring to use inferior materials. “I normally tell people, if it can take you two years to complete your property, then you can take six months to furnish it,” she said.
In the Thisday interview,  Odama had shared a similar sentiment as Agatha’s, but from a developer’s perspective. According to him, for Nigeria to attract more real estate investors, then the country had to “match the same standards that they (investors) get abroad because everyone wants value for their money.”
As the event progressed the conversation shifted to the primary objective for any developer. The Executive Vice Chairman of Regus in Nigeria, Ayo Akinmade and Andrea Geday, both developers, said during the plenary session that the bottom line for any property developer was the return on investment, ROI. Profit is a given for any serious player in the real estate industry.
As a matter of fact, the return on real estate investments has been adjudged to be higher and more secure than that of other investments such as stock. But beyond profiting, what would determine the future growth of real estate in Nigeria? Odama had said that “achieving masterful indigenous designs that meet global standards,” was an issue to be addressed at FREIA. From this, and judging from several questions and concerns from the audience, we know that going forward, the new obsession for real estate players is quality.
The panellists, prompted at the plenary session by the moderator, the founder and CEO of MOE Identity Assets, Mosun Ogunbanjo, attempted to address this issue of quality when asked, “What is a legacy project?” Myriads of interpretations were given to the phrase ‘legacy project’ but in the end, four keywords were seen as defining what a legacy project is and should be, and they are: “enduring, sustainable, lasting and impactful”.
If you attended the event, after listening to the points raised by the speakers and contributions that emanated from the audience, anyone would leave with a sense of optimism that something grand has been birthed with the auspicious event.
The day ended with a grand cocktail reception and the launch of Villas & Leisure Magazine published by Luxury Villas Group. The magazine was launched by the CEO of Luxury Villas Group; Tommy Odama J.Z., his wife; Olayinka Odama and the CEO, Essential Interiors, Titi Ogunfere in the company of other friends and supporters of the brand. The luxury event was anchored by James Layode (Channels Discovery), Keturah King (Arise TV) and Stephanie Coker (The Voice Nigeria).
For years, Nigeria’s real estate sector was an all-comers’ party, as seen from the inferior properties constructed across the country. In years to come, the talking point generated from this historic event would push industry players, big and small, to either strive for quality or get pulled down. A legacy event, FREIA is changing the narrative for Nigeria’s real estate industry. 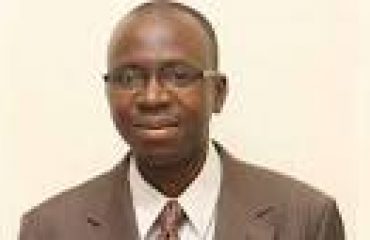 Ahead 2019 election, property developers slow down on construction activities 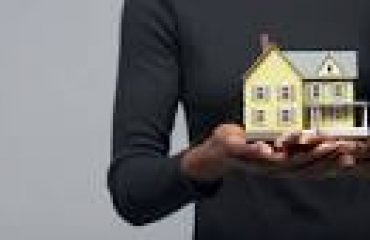 Why homeownership level in Nigeria remains low at less than 5%