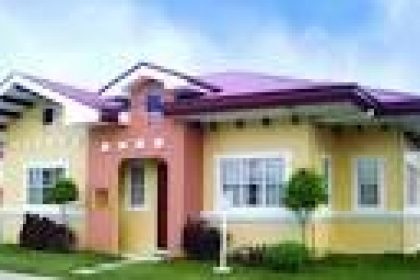 Despite the poor performance of the real estate industry and the lull in the property market in recent times, stakeholders have expressed optimism of a full recovery this year.

The Statistician-General of the Federation and Chief Executive Officer, National Bureau of Statistics, Dr. Yemi Kale, said although the real estate industry, which contributed 6.79 per cent to real Gross Domestic Product, dropped to 4.12 per cent in the third quarter of 2017, with interest rates currently steady within the lower double-digits and monetary policy keeping a keen eye on inflation trends and minimising inflationary pressure, stakeholders in real estate sector should expect a recovery.

Kale and others spoke at the Real Estate Outlook 2018 Conference convened by AlphaCrux Limited with the theme, ‘The aftermath of recession: Where do we go from here’.

The statistician-general, who was represented at the event by his Technical Adviser, Lola Talabi-Oni, said the Nigerian economy, despite being susceptible to internal shocks such as insecurity, and external shocks from fluctuating global oil prices, among others, would, according to the World Bank forecast, experience modest growth in 2018.

“However, amidst these positive projections, some risks and challenges remain. Although analysts have predicted cyclical improvements in the near term, the consensus advocates for caution in the medium to long term.”

Kale said the dip in real estate’s contribution to the GDP, from 6.79 per cent to 4.12 per cent in the third quarter of 2017, came as a surprise but noted that the industry performed better during that same quarter than it did in the same period the year before.

“The continued disinflation within the economy should therefore be good news to stakeholders within the real estate sector,” he added.

The Chief Executive Officer, Northcourt Real Estate, Tayo Odunsi, said real estate, as part of the larger economy, could not be said to be in growth, but was rather still recovering from the economic woes of the previous quarters.

He noted that the key considerations that could shape the property market this year were the declining vacancy rate across cities and the office market shifting towards co-working space due to its flexibility as well as investors preferring smaller retail malls.

“With millennials accounting for 70 per cent of Nigeria’s population, developers are forced to come up with innovative developments like students’ housing and other affordable schemes as young people now have preference for smaller apartments rather than investors building sprawling apartments with no occupants,” he said.

The Managing Director, Uraga Real Estate Limited, Dr Gbadamosi Yakubu, stated that government across levels should start thinking of collaborating with the industry players to bring about the desired change.

“Government’s plan towards affordability is key and it must start from land allocation to ease access to land,” he said.

A chartered surveyor and valuer and President, Nigerian-British Chamber of Commerce, Akin Olawore, stated that there was a need for a change of attitude towards homeownership in the country in terms of funding.

“As Nigerians’ attitude continues to change towards house ownership, we have to seek innovative and ingenious ways of funding rather than rely on government’s spending, especially now that young people dominate the population,” he said.

The Director of Operations, Andela, Anthonio Pinhiero, who spoke on the role of technology in solving housing challenges in the country, stated that stakeholders could deploy technology to drive decision-making process in the property market.

“Since technology has come to stay, it will continue to disrupt the market from the demand end to the supply end, making it a lot easier for consumers to participate within the property market space,” he added.

The Managing Director, Alphacrux, Mr. Tobi Adama, noted that the impact of the last recession as well as a successful first edition of the conference had made it necessary to bring stakeholders together to discuss trends and issues in the industry.

“The recession had an impact we were not quite ready for but we got out of it as swiftly as we got in; and now, the way we deal with the aftermath is the crucial thing on our hands,” he said.

Copyright PUNCH.
All rights reserved. This material, and other digital content on this website, may not be reproduced, published, broadcast, rewritten or redistributed in whole or in part without prior express written permission from PUNCH.